A group of ministers are trying to overturn the prohibition for pastors to name a nominee from the pulpit.

Any biblical thought on this?
Posted by NPE at 13:56 7 comments:

Email ThisBlogThis!Share to TwitterShare to FacebookShare to Pinterest
Labels: Politics

Devotion to the Church, Psalter 350

With joy I heard my friends exclaim,
Come, let us in God's temple meet;
Within thy gates, O Zion blest,
Shall ever stand our willing feet.

How beautiful doth Zion stand,
A city built compact and fair;
The people of the Lord unite
With joy and praise to worship there.

They come to learn the will of God,
To pay their vows, His grace to own,
For there is judgment's royal seat,
Messiah's sure and lasting throne.

For Zion's peace let prayer be made;
May all that love thee prosper well;
Within thy walls let peace abide,
And gladness with thy children dwell.

For sake of friends and kindred dear,
My heart's desire is Zion's peace,
And for the house of God, the Lord,
My loving care shall never cease.
Posted by NPE at 17:05 5 comments:

Email ThisBlogThis!Share to TwitterShare to FacebookShare to Pinterest
Labels: Psalm Singing, Psalter of 1912 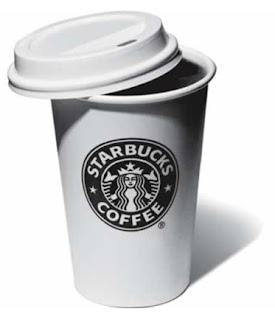 Email ThisBlogThis!Share to TwitterShare to FacebookShare to Pinterest
Labels: Education, The Christian Home

For those following First Reformed Presbyterian's Family Worship Guide: Week Two is available here.
Posted by NPE at 08:57 No comments:

Sabbath a'Brakel: Who Should Read the Scriptures?

Read, search, and meditate upon the Word of God with all diligence and persistence. This should even be the practice of kings. "And it shall be with him, and he shall read therein all the days of his life" (Deu. 17:19). It is the duty of scholars as well. "Give attendance to reading" (1 Tim. 4:13). It is the privilege and obligation of the lowly and of every individual. "Search the Scriptures" (John 5:39); "Have ye not read?" (Mat. 12:3).
Posted by NPE at 20:08 No comments:

All Christians are Urban.... Or Will Be 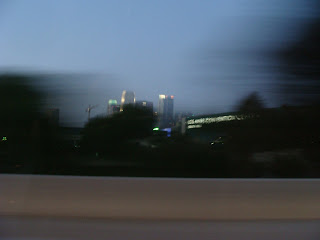 Many Christians have the idea that it is more godly to live in the country than in the city. They make arguments about clean air, home grown food, less noise, space to play and roam. Many wonder how someone would want to raise a family in the city. They cite crime, poverty, oppression, and the overwhelming amount of sin as reasons to stand clear from city life.
Tim Keller has a quote that I think is quite extreme, but fun to quote nonetheless. Keller says: The country has more plants than people and the city has more people than plants. God loves people more than plants, therefore God loves the city more than the country! Funny? Well, an overstatement at the least. (Huge overstatement)

Roger Greenway argues that no matter what your view of the city is, if you are a Christian, you are bound for urban life. Revelation 21 is his text:
The world to come, Scripture teaches, will be an urban world. The redemption drama that began in a garden will end in a city, the new Jerusalem. Heaven's citizens will be urbanites. Drawn by bonds of grace from all races, nations, and language groups, new-city citizens will live together in perfect harmony as God's redeemed people, his new covenant community. This city to be will enjoy everything the cities that might have been [if it were not for sin] would have posessed, and one thing more: the citizens of the new city will not only be sinless, they will be sinners washed clean. Their is the story of redemption.
Posted by NPE at 13:52 7 comments: 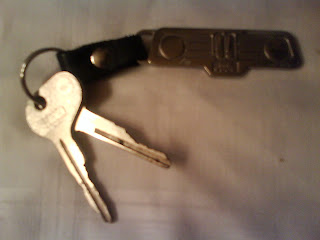 I have asked many of my online acquaintances to pray for me regarding lost keys. It felt a little silly to ask, but we know that nothing is too great nor to small for our Lord- we do not despise the day of small things.

After a couple of weeks of searching and numerous phone calls to a foreign land via a very kind part's manager- I found my original keys. Praise God!

See, who needs Saint Anthony, when we have such a great mediator in Jesus Christ.
Posted by NPE at 18:32 1 comment:

Christian Hospitality on a Congregational Level

The art of Christian hospitality is something that is to be performed by all in the church as well as the in the meetings of the church. Many have the misconception that hospitality is mostly hosting people from your church for meals and fellowship. Of course, this is part of hospitality, but it is not the whole of it. The Greek word that stands behind our word hospitality actually has the connotations of 'loving strangers'. That means that the central focus of Christian hospitality needs to be 'the stranger in our midst'; much more so than our Christian friends who are within our comfort zone. I will be the first to admit that I have failed at times in this aspect of hospitality. I will fail again- but with God's grace we move on.

Read this pastor's experience while visiting a church in another city.
Posted by NPE at 05:51 2 comments:

Just for fun today folks! We all need break from the seriousness of life from time to time. So today I am putting up YEARBOOK YOURSELF as a PT challenge. It is fun, it is pointless, it is very silly. There are times for this kind of thing, and today is one of those days. This is 1958. What year will you be?
Posted by NPE at 10:36 1 comment:

Email ThisBlogThis!Share to TwitterShare to FacebookShare to Pinterest
Labels: Just for Fun

The education committee of First Reformed Presbyterian Church has organized a new Sabbath School program that is intended to promote family and individual worship, a holistic view of the Scriptures, Catechism memorization, as well as Scripture memorization.

There will be bulletin inserts every Lord's Day that give that week's Scripture, Catechism and a Psalter for singing. Of course, we cannot bind individual consciences to follow this program (even though family worship is a biblical requirement), we have decided that this new program will prove to be advantageous.

This Sabbath School program will have the participating families read through the whole of the Scriptures in a four year cycle (with the New Testament being read twice in that four year cycle). The Shorter Catechism will be gone through four times in that cycle.

If you would like to follow First RP in this new adventure, check here for weekly downloads. Let us know what you think as well!
Posted by NPE at 12:45 3 comments:

Sabbath a'Brakel: Delighting in the Church

In this church there is both glory and elegance. For a moment give attentive consideration to the glorious state of that kingdom and its true subjects. The earth and the nations are enveloped in darkness; however, wondrous light is to be found in the church. The glory of the Lord illuminates this city of God and the Sun of Righteousness enlightens it with His light. Outside of her is nothing but pollution, abominations, and ungodliness; however, within there is her holiness, purity, and glory…. Ought not everyone therefore to delight himself in Zion, and be desirous to be a member of this church, a fellow citizen of the saints, and a member of the household of God? Should not everyone be desirous to submit himself to the protection and government of this King? For not only are all the these things said concerning this kingdom and this King, but all are most certainly true. (II: 58).
Posted by NPE at 19:05 No comments:

Jesus the Great Teacher of Morality 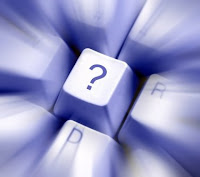 Luke 9:18 Now it happened that as he was praying alone, the disciples were with him. And he asked them, "Who do the crowds say that I am?"
We often hear the claim that Jesus Christ was a good teacher and that he taught people to be kind, loving, responsible, and tax paying citizens. We often hear that he was a great fighter for injustices and poverty in the world through his goodness and caring persona. Of course, it is true that Jesus was a good teacher, a fighter for injustices, and a loving leader- but what about those who say that is ALL that Jesus Christ was? How should we respond to one that claims Jesus was only a good teacher? Of course, we begin, as good Presbyterians with our presuppositions, the Bible says that Jesus is more than a good teacher. Then what?

Well, today I was reading __________ and he had a great quote by CS Lewis that answers this acusation in a wonderful way. Lewis writes:

A man who was merely a man and said the sort of things Jesus said would not be a great moral teacher. He would either be a lunatic- on the level with the man who says he is a poached egg- or else he would be the Devil of Hell. You must make your choice. Either this man was, and is, the Son of God; or else a madman or something worse. You can shut him up for a fool, you can spit at Him and kill Him as a demon; or you can fall at His feet and call Him Lord and God. But let us not come with any patronizing nonsense about His being a great human teacher. He has not left that open to us. He did not intend to.
Posted by NPE at 19:20 4 comments:

A believing soul is not satisfied with having received Jesus by faith only once, but she does this time and again, both when she has fallen into sin and endeavors to restore the disturbed peace, as well as outside of such a situation. She is desirous to live continually in union with Christ and to be continually in amazement about, and to rejoice in, the great work of redemption (II: 615).
Posted by NPE at 21:32 No comments:

God's Word Will Take Tens of Thousands of Years to Mine 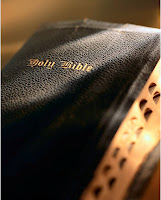 God wrote 66 short books and it will take the Church tens of thousands of years to speak to the glory of what was written. Think of John's words on how writing down the works of Christ would fill the earth with books. We serve a great God who has given us just what we need in His Word. Abraham Piper reminds us that:
If you compare the length of his complete works to the breadth of his subject matter, God’s the most concise author ever. (link)
Posted by NPE at 11:05 5 comments:

The Scottish Invasion of West Michigan

This past Lord's Day I had the privilege of preaching at Westminster Reformed Presbyterian Church. While I was away from my home congregation, some good things occurred: a couple from our congregation got married (congratulations to Aaron and Meg), Dr. David Murray of the Free Church of Scotland (continuing) filled our pulpit, and we had Rev. Bert Pohl, also from the FCS(c) visiting our congregation (might I add that Bert was the loudest typer while we were in seminary together- he could POUND those keys!). Why do all the good things happen while I am away?
Here are some links that address the above paragraph:
Also, the newest congregation of the Free Church is right here in Canton, Michigan! Check out their site here.
Posted by NPE at 18:55 4 comments:

The Dutch Masters and a French Impressionist